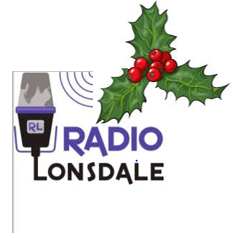 Re-run of a concert recorded at the Forum, Barrow (previously broadcast on air)

Re-run of a concert recorded at the Forum, Barrow (previously broadcast on air)

Jim features music from the 20s through to the 60s

10am – Midday The A-Z of Christmas with Richard Smith

A radio play recorded with the Swarthmoor Drama group

Martyn Brown plays festive tunes from the vinyl records so listen out for the crackles!

William Maurice gives you a varied country music adventure, with celebrity interviews thrown in too

Dave Maliphant, Ross Hoey and Andy Johannesen feature the soundtracks from festive films over the years