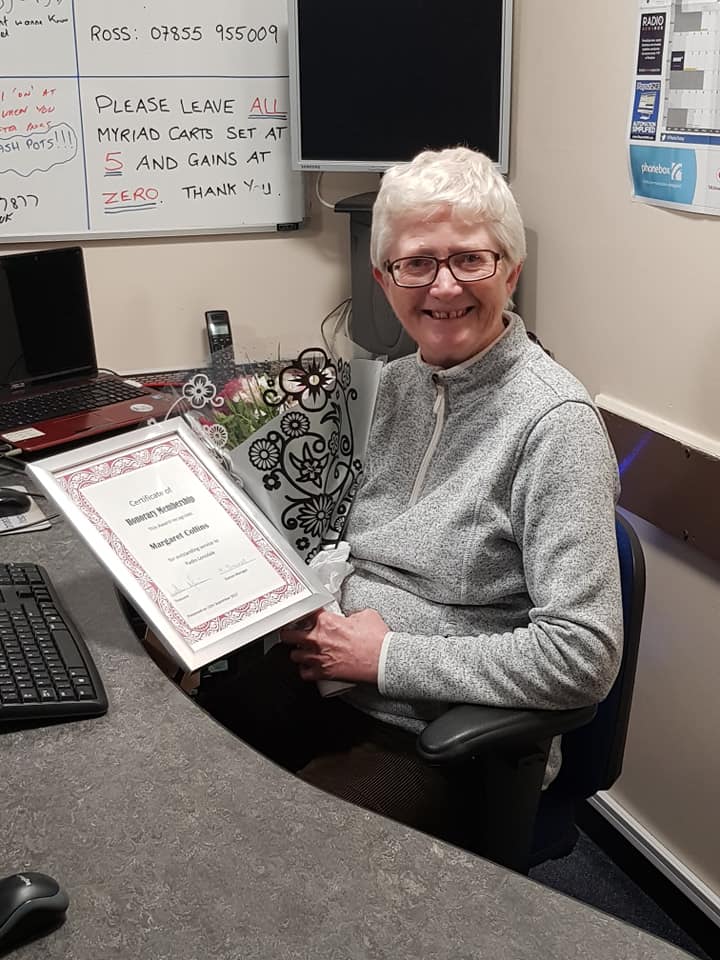 Margaret Collins popped by to the studio on Tuesday 6th November to receive an honorary membership award from our committee. Margaret, who volunteered for the Charity for over 20 years, from the late 70’s to early 00’s, spent many hours of dedicated time behind the scenes. She also hosted a Classical music show for a short while and was instrumental in running the much enjoyed hospital radio bingo nights and gathering requests for the then Sunday evening Request Show.

Margaret becomes the 6th former member to be awarded with an honorary membership of the Charity and the first female. It was very inspiring for the current committee to talk to her and learn about how things used to happen. Oh how we’d love to have Margaret around again to drive some of these endeavours once again! We hope to see you again soon.

From all at Radio Lonsdale, an award that is richly deserved. 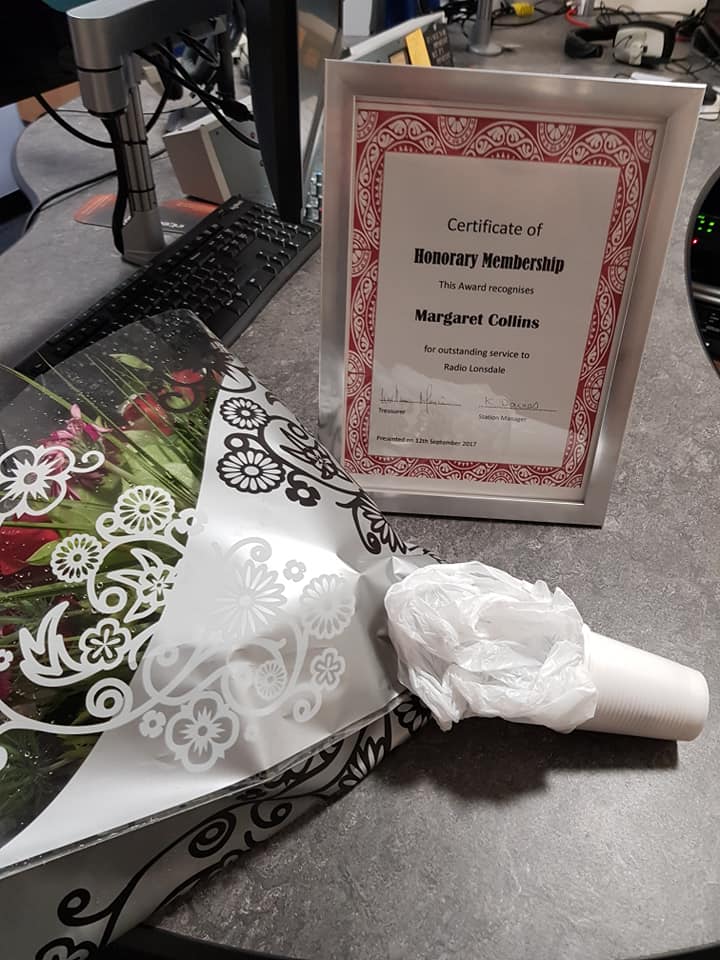