The Duke’s first ever charity comedy night, Stand-up for Local Charities, will be on Thursday 2nd August 8 pm at Duke of Edinburgh Hotel!

8 local comedians will be take to the stage to provide plenty of laughs… the MC for the evening will be the awesome and hilarious Cash Boyle!

These are the charities taking part:

There will be a comedian performing for each charity and the best act of the night, chosen by the audience, will win £50 for their chosen charity. 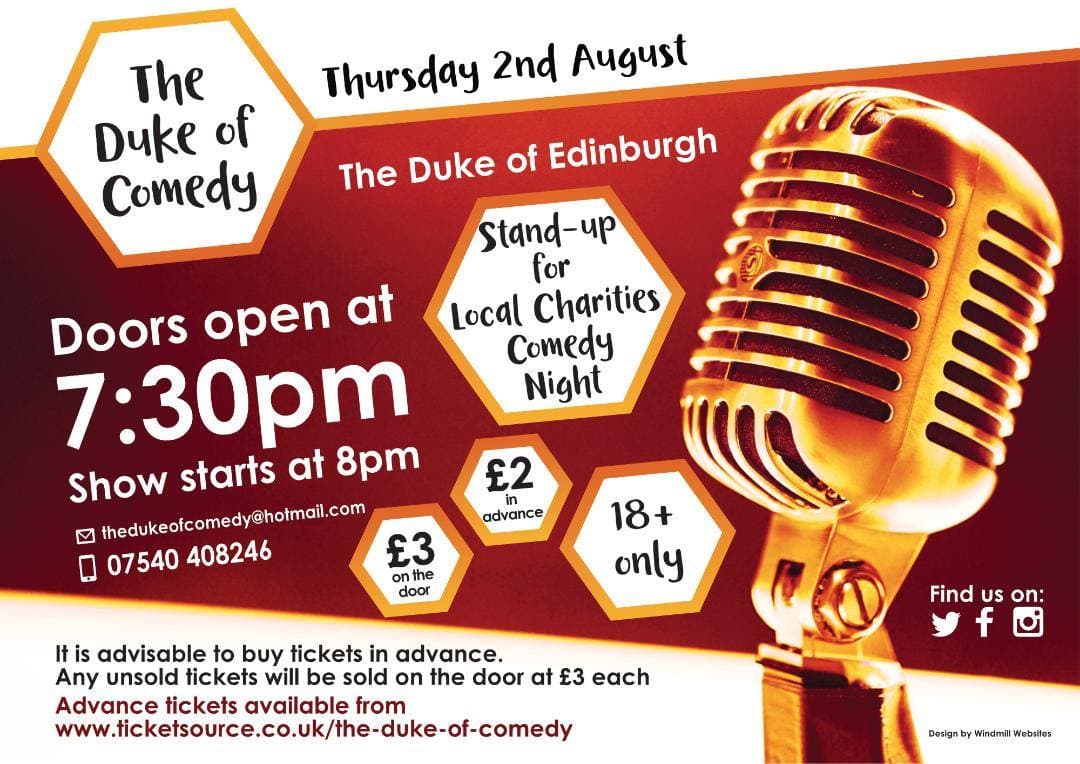 The local comedians taking part are:

Advance tickets are only £2 each. There will be collection boxes for all charities so please bring along your spare change!

Tickets can only be purchased from https://www.ticketsource.co.uk/the-duke-of-comedyand NOT directly from Duke of Edinburgh.

Tickets for future nights can be purchased from TicketSource and Duke of Edinburgh Hotel.

Why not pop down a little bit earlier for burger night at the Duke of Edinburgh Hotel?! You can get a burger and a drin k for just £12!