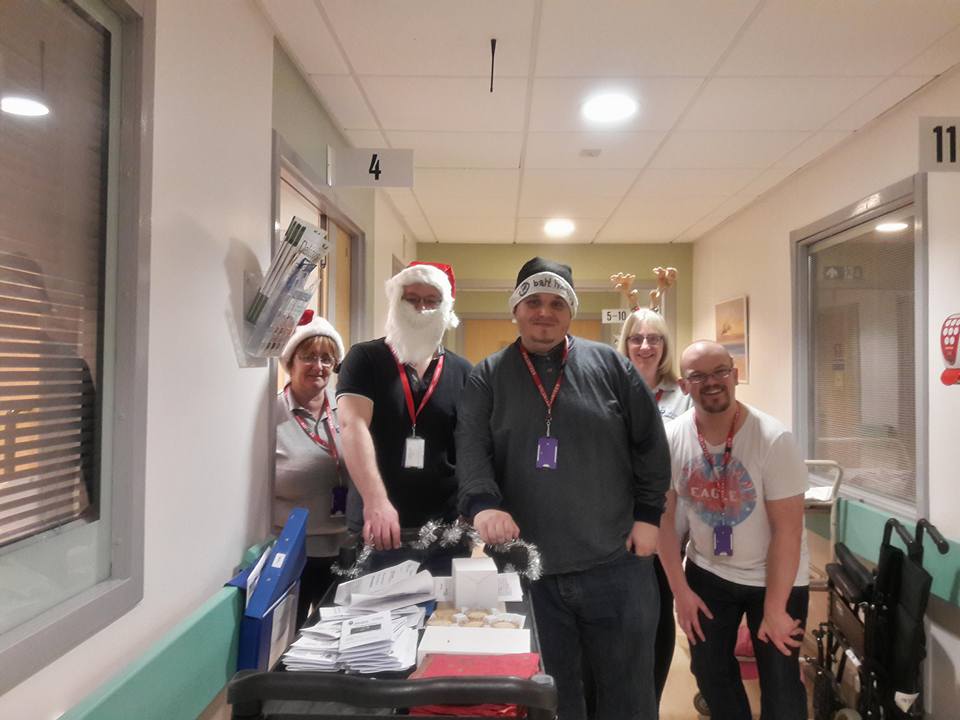 For the 2nd year running Our Volunteers took to the Wards to Bring abit of Festive Cheer to the Staff and Patients of Furness General Hospital and that is exactly what they did!!!!! 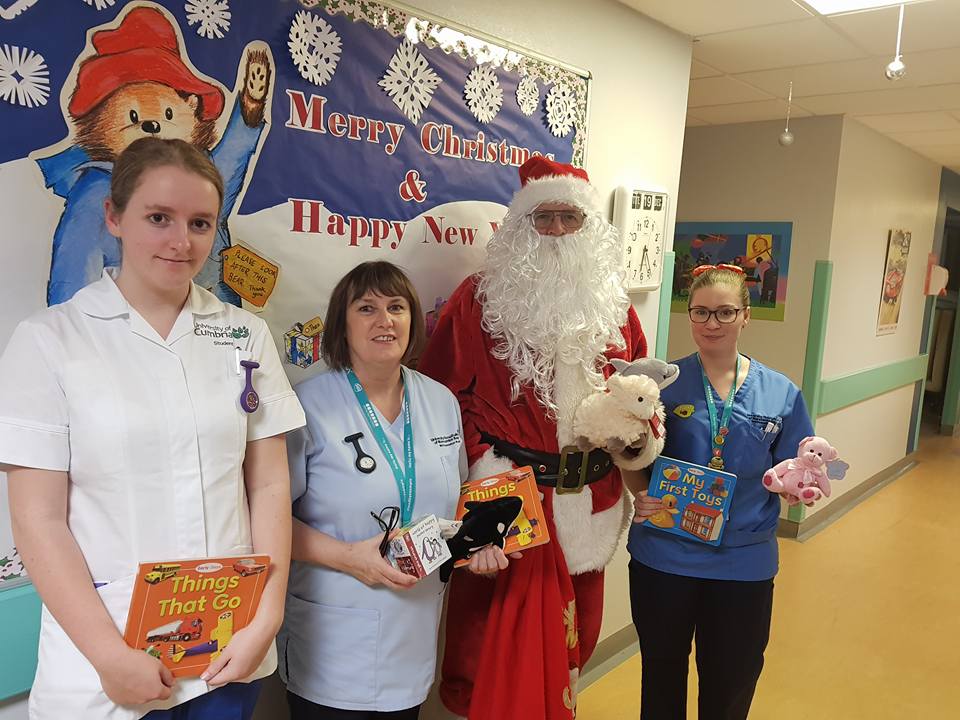 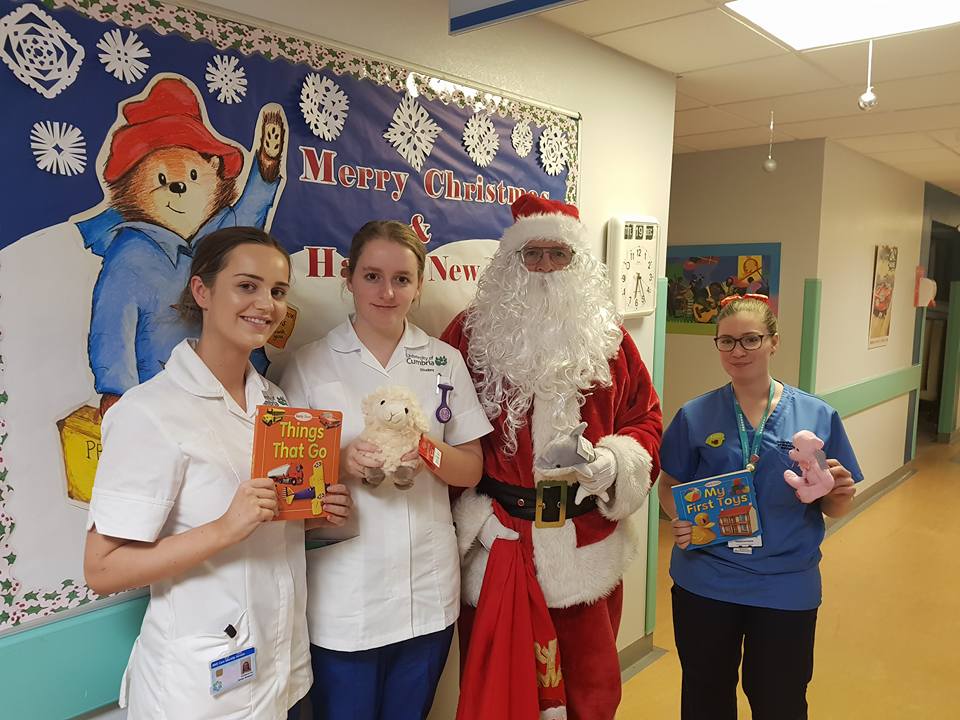 Tuesday we were accompanied on the Wards by our Special Guest Wards Volunteer Santa armed with a Sack of Cuddly toys and Stacks of Books and games for the Children on Childrens Ward which was our First Port of Call.
Santa Would Like to Thank his band of Elves in the Shape of:

For Assisting him with getting the Toys and Games.

As well as Childrens Ward we also visited Ward 2, Ward 4 and Ward 5 taking a total of 6 requests in the Process for an Impromptu Tuesday Request Show as well as handing out Biscuits for the Ward Staff and Mince Pies for the Customers

As well as Those Wards Karen & Fay also visited Ward 1 and Maternity with Biscuits for the Staff. 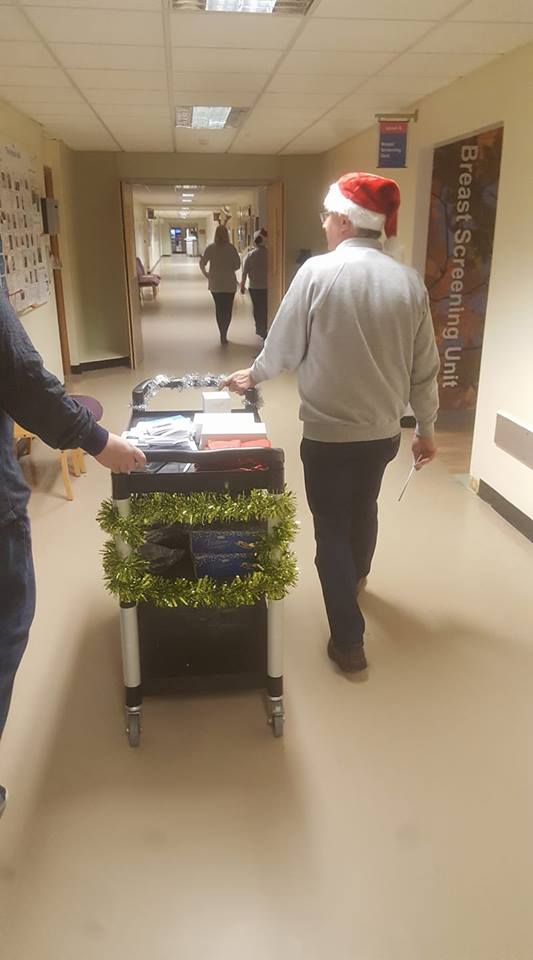 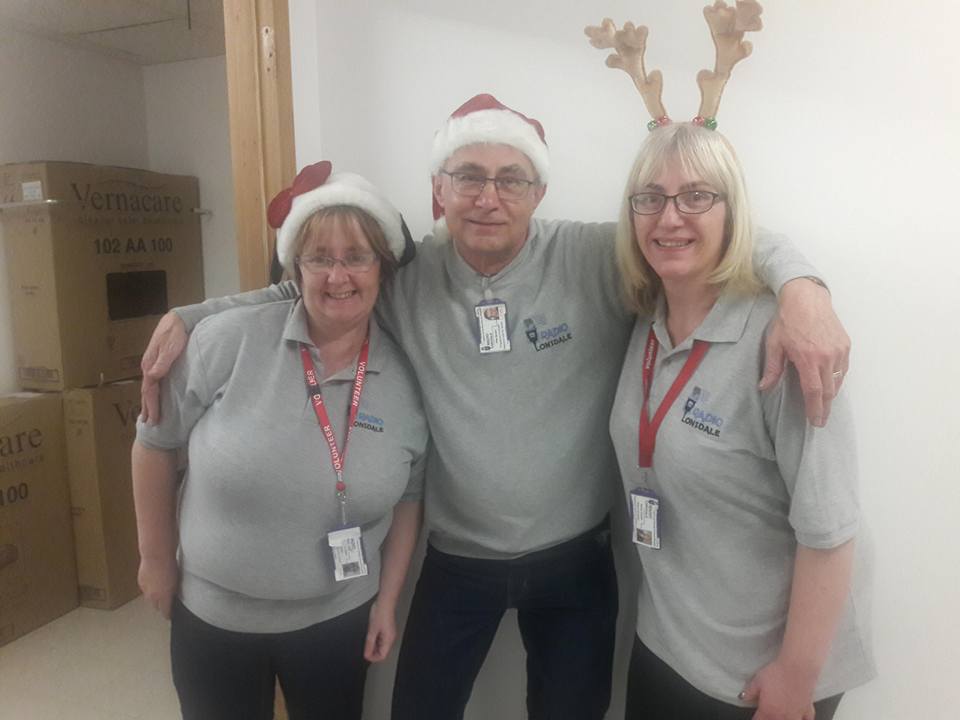 Thursday we visited Ward 6, Ward 9 & Ward 7, Whilst we also dropped a box of biscuits into A&E for the Staff to share.

A Successful Ward Run where we also managed to take a whopping 20 requests and yet another mammoth request show.